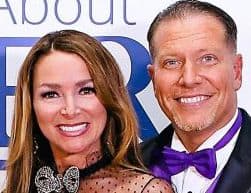 He began a quest to learn all he possibly could about alternative cancer treatments and the medical industry. What he uncovered was shocking. There is ample evidence to support the allegation that the “war on cancer” is largely a fraud and that multinational pharmaceutical companies are “running the show.”

In 2006, after almost a decade of cancer research, and in an effort to spread the truth to the world, he published Cancer – Step Outside the Box which (now in its 6th edition) has become a best-seller (over 150,000 copies sold) and has been called the “most eye-opening book since 1984.”

In 2014, Ty launched “The Truth About Cancer” and proceeded to travel across the USA and interview the most renowned doctors and scientists about treating cancer naturally, eventually producing the documentary mini-series (docu-series) entitled “The Quest for The Cures TM” which was viewed by over 2 million people worldwide.

In 2015, Ty traveled the globe to interview more doctors, scientists, and cancer survivors and produced “The Truth About Cancer: A Global Quest TM” docu-series which aired in October 2015 and April 2016 and has been viewed by over 13 million people worldwide.

On October 25, 2016, Ty released The Truth About Cancer (book) which hit #2 on the New York Times bestseller list the first week it was released and stayed in the top 10 for 12 weeks.

In April 2017, he will release “The Truth About Vaccines TM”, which is a 7 part docu-series on the history, safety, and efficacy of vaccines.

Ty speaks frequently at seminars, expos, conferences, churches, and is a regular guest on multiple radio shows and writes for numerous magazines and websites. He has appeared numerous times on FOX News, and he co-hosts a weekly radio show.

His message is that cancer is not a death sentence. There is always hope.