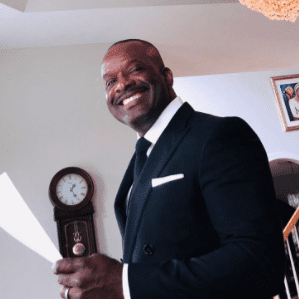 Vince Ellison was born on a cotton plantation in Haywood County, Tennessee.

He is the author of The Iron Triangle, which describes how the Democratic Party plans to use race to divide Christians and America in their quest for power, and how we can defeat them.

He studied at Memphis State University (University of Memphis). Vince attained a real-world education while serving five years as a correctional officer at the Kirkland Correctional Institution in Columbia, South Carolina.

After resigning his post, Vince began working in the non-profit arena.

In 2000 Vince became the Republican Congressional nominee for the 6th congressional district of South Carolina. Vince has been a conservative columnist, lecturer and frequent guest on many radio and TV talk shows.