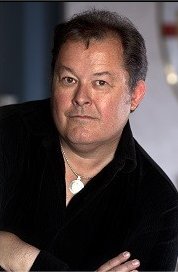 “The Bachelor’s Guide to the Galaxy! The Modern Day Bachelor Guide for the Man of the Renaissance and Beyond…!” 2012

My book is fun and entertaining but also delves into the history of the bachelor, the current bachelor lifestyle, the bachelor in “corporate Amerika”, the future of the bachelor, types of women the bachelor will date and how to outsmart the system matrix aligned against you. Politics is in the book and how it affects the modern bachelor of today.

Von Wehunt is a prolific writer and blogger in cyberspace. He lives in his own swinging retro and modern style space age bachelor pad and has many friends and admirers along with his Labrador retriever. Visionary, saint, huckster, rebel, snake oil salesman, wiseguy, modern day charlatan, and man-about-town, office desk jockey, jack of all trades, entrepreneur, foot soldier and braveheart in the corporate cubical trench warfare of today, bachelor extraordinaire and Hugh Hefner wannabe, “Von Lars” as his friends call him pulls no punches like a raging bull boxer in the ring of life. He tells it the way it really is like an arrow in flight, shoots his intellectual wit and life observations with both barrels loaded and takes no prisoners!

Von Wehunt is a graduate of Purdue University in Resort Management and his minor was in communications and psychology. He has published one awesome book, and many more book projects are underway now. There is political content in the hit book “The Bachelor’s Guide to the Galaxy!” and he has also been involved in a start-up retail company but he won’t quit his day job yet as an insurance consultant until he hits the bigtime. He considers himself an American patriot to the core. In the chessboard of life, he gets along well with all people from pawns to kings. Von Wehunt “The Barbarian” is the most interesting man in the world.