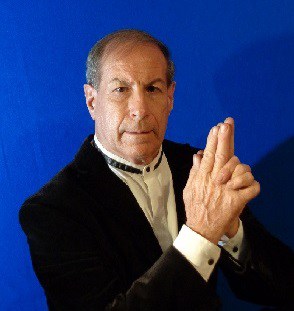 I am Author and Keynote Speaker Will Champion (pseud.) and I’ve been murdering mediocrity since Day One! My most recent act of Premeditated Murder came when I delivered my Keynote address for the 2016 “Under The Stars” UFO/Paranormal Conference at the famous UFO hotspot in Colorado’s mysterious San Luis Valley, The UFO Watchtower! The conference was huge success, and it was an honor for me to have been chosen to speak as an expert on the same stage with a panel of stellar speakers that included Travis Walton, of “Fire in The Sky” fame! I have lots of fascinating information to share with all the freethinkers, truth seekers, and die-hard conspiracy addicts out there who regularly tune-in to your late night talk radio show, as well. So I am submitting to you my Author and Speaker Profile along with a brief overview of my most popular speech entitled, “UFO’s, ET’s, and The New World Order Connection!”, which I typically use as a platform for radio interviews.

IN A NUTSHELL:
I’ll guide the audience on a fascinating journey of mystery and intrigue that will take them deep into the matrix, complete with not only the story, but the facts to back it up…and in the end, the tools to help us find our way out! We’ll glimpse into man’s distant past and explore what may be our true origins by examining the ancient records chiseled in stone by our ancestors, which give testimony that we are not alone, and never have been. We’ll then Fast-Forward through History, and look at the state of our current affairs from a unique Historical and LEGAL perspective (in a way that NO other guest speaker is doing!) which makes clear the astonishing connections between Extraterrestrials of Old and today’s unelected Shadow Government behind the New World Order initiative to help us arrive at truth, and gain a better understanding of ourselves and our place in the universe. And help us determine the future we wish to create. At the journey’s end, the listening audience will begin to realize with this new perspective that our world is not what we’ve been told it is…and may even come to question practically everything we’ve all been conditioned to believe!

By trade I am today an Author, and the creator of the deep and heady e-book Conspiracy Thriller entitled, “THE DREAMLAND FILES” (downloads are available online exclusively at http://www.WillChampion.com/) But I am first, foremost, and always and American Patriot – the primary reason this remarkable little I.E.D. of mine came into existence! It is the first of a planned trilogy featuring charismatic Las Vegas Blackjack Pro. turned Private Legal-Intelligence Specialist, MARK DIAMOND. And although this well-researched book is officially listed as “fiction”, it reveals vital Historical facts that have been erased from the History Books, and powerful Legal secrets and technologies long-suppressed by the world’s Ruling Elite…so it blurs the line of distinction between fiction and non-fiction. It has also fast become a favorite with a growing readership of freethinkers, truth seekers, die-hard conspiracy addicts…and of course, UFOlogy & Paranormal enthusiasts that comprise your audience! So, where did it all begin?

I am a Cape Cod transplant who spent my formative years in Roswell, New Mexico. So I suppose that qualifies me to be a “RoswAlien”! And I came to know the legendary “Flying Saucer Crash” locals say occurred in the region in 1947 isn’t some wild, unfounded tale: according to some participants and witnesses willing to reveal to me their extraordinary experiences with things NOT of this Earth – it happened! After hearing their stories, I not only became an incurable conspiracy addict, but clearly understood why most townspeople in the know at that time STILL feared Government reprisals that include MURDER, and kept quiet about it until 1992, when a couple of prominent UFO Investigators blew the lid off the story in print.

After High School, I relocated to Albuquerque, New Mexico, and enrolled in the University of New Mexico’s Pre-Med Program, but soon came to terms with the fact that by nature I am somewhat rebellious (and also an adrenaline junkie of the Highest Order!) so I tossed the notion of spending the next several years of my life at the bottom of the food chain and working my way up in the hospital caste system, and practiced Medicine on my own terms – as a Paramedic and Operations Supervisor at the largest Private EMS Provider in the State! Then when the time was right, I set-aside my exploits in that field to gamble on a near-impossible long-shot…and won! Having studied and mastered the power of American Common Law (and certain powerful Legal Battlefield tactics known only by an anointed few Attorneys and Judges high in the Masonic Order!) suddenly – against seemingly impossible odds – a whole NEW world of opportunities to benefit everyday American citizens routinely abused and forgotten by “The System” opened-up for me as a Sovereignty Law Consultant and Case Litigator!

In that capacity, I succeeded in putting “The System” in Checkmate, and winning Justice for those who’d suffered severe damages inflicted by criminals within the Criminal Justice System. I soon learned my unorthodox and extremely aggressive style of litigation (“Commando Law!”) made that a risky, if not downright DANGEROUS business! But my hair-raising excursions into Big Brother’s Courtrooms are VERY big reasons I am uniquely qualified to tell both readers and audiences what I’ve learned as the result, about such controversial topics as REAL Government Conspiracies. Secret Societies, and how they’ve come to rule the world wielding oppressive Secret Laws like a medieval mace! UFO’s, ET’s and their shocking connections to the unelected Shadow Government. How it all affects each and every one of us and much, much more! And now in “THE DREAMLAND FILES”, and before live audiences, I uncover the Government’s biggest, dirtiest & best-kept secrets, and expose the lies in a way that entertains, informs, and empowers people with truth. Altogether, my credentials and unique achievements thoroughly qualify me to speak as an expert about a wide range of fascinating and relevant topics. And that’s precisely why I am ideal guest for anyone looking for an intelligent, inspiring, and witty speaker for their listeners’ enjoyment!

MEDIA PRESENCE:
As I previously stated, my most recent Keynote Address was this July at the “Under The Stars 2016” UFO/Paranormal Conference at the UFO Watchtower in Colorado’s San Luis Valley. I also collaborated on a project earlier this summer with internationally renowned Talk Radio Host Connie Willis (frequent Host on Coast To Coast AM!) Before that, I have been featured at The Big Read Book Festival in Las Vegas, Nevada; appeared in several live events and presentations in Albuquerque, New Mexico; and have twice been a special guest by invitation with overnight Talk Radio Host Eddy Aragon on The Rock of Talk, KIVA Radio AM 1600/95.9 FM, Albuquerque. These two shows pre-empted Coast to Coast AM and aired locally, regionally, and nationally on the worldwide web. I’m also on Facebook and Twitter! Simply go to my website (again, that’s http://www.WillChampion.com/) then click-on “FACEBOOK ” and “TWITTER” – you’ll be automatically re-directed to my Official Fan Pages!

And when it comes to topics and themes, I am flexible – my guest spots are customizable for a perfect match to each audience, and presented in a way that makes sense, empowers, and inspires. Now having said that…

CONTINUING PROFESSIONAL PURSUITS:
I thoroughly enjoyed the writer’s life and various exciting adventures both on and off the glitzy Strip during my stay in Las Vegas, Nevada while I created “THE DREAMLAND FILES”. For that, I consider myself quite lucky: unlike most other Fiction Authors, I actually got to LIVE parts of the exciting adventure I was creating on virtual pages while completing the Legal and Historical Research, plus the creative writing on “THE DREAMLAND FILES”…even ventured inside the Military’s most infamous BLACK-OPS Site and lived to tell about it: Area 51: DREAMLAND! I have since resisted temptations to take such risks and returned to Albuquerque, New Mexico, where I am currently adapting “THE DREAMLAND FILES” to screenplay, and creating my second Mark Diamond Thriller.