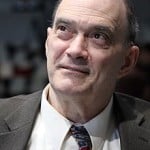 William Edward Binney is a former highly placed intelligence official with the United States National Security Agency (NSA) turned whistleblower who resigned on October 31, 2001, after more than 30 years with the agency. He was a high-profile critic of his former employers during the George W. Bush administration.

Binney continues to speak out during Barack Obama’s presidency about the NSA’s data collection policies, and continues interviews in the media regarding his experiences and his views on communication intercepts by governmental agencies of American citizens. In a legal case, Binney has testified in an affidavit that the NSA is in deliberate violation of the U.S. Constitution.

Binney grew up in rural Pennsylvania and graduated with a Bachelor of Science degree in mathematics from the Pennsylvania State University in 1970. He said that he volunteered for the Army during the Vietnam era in order to select work that would interest him rather than be drafted and have no input. He was found to have strong aptitudes for mathematics, analysis, and code-breaking, and served four years from 1965–1969 at the Army Security Agency before going to the NSA in 1970. Binney was a Russia specialist and worked in the operations side of intelligence, starting as an analyst and ending as Technical Director prior to becoming a geopolitical world Technical Director. In the 1990s, he co-founded a unit on automating signals intelligence with NSA research chief Dr. John Taggart. Binney’s NSA career culminated as Technical Leader for intelligence in 2001. Having expertise in intelligence analysis, traffic analysis, systems analysis, knowledge management, and mathematics (including set theory, number theory, and probability), Binney has been described as one of the best analysts in the NSA’s history. After retiring from the NSA he founded “Entity Mapping, LLC”, a private intelligence agency together with fellow NSA whistleblower J. Kirk Wiebe to market their analysis program to government agencies. NSA continued to retaliate against them, ultimately preventing them from getting work, or causing contracts they had secured to be terminated abruptly.

Binney sitting in the offices of Democracy Now! in New York City, prior to appearing with hosts Amy Goodman, Juan Gonzalez, and guest Jacob Appelbaum. Photo taken by Jacob Appelbaum.

In September 2002, he, along with J. Kirk Wiebe and Edward Loomis, asked the U.S. Defense Department to investigate the NSA for allegedly wasting “millions and millions of dollars” on Trailblazer, a system intended to analyze data carried on communications networks such as the Internet. Binney had been one of the inventors of an alternative system, ThinThread, which was shelved when Trailblazer was chosen instead. Binney has also been publicly critical of the NSA for spying on U.S. citizens, saying of its expanded surveillance after the September 11, 2001 attacks that “it’s better than anything that the KGB, the Stasi, or the Gestapo and SS ever had” as well as noting Trailblazer’s ineffectiveness and unjustified high cost compared to the far less intrusive ThinThread. He was furious that the NSA hadn’t uncovered the 9/11 plot and stated that intercepts it had collected but not analyzed likely would have garnered timely attention with his leaner more focused system.

After he left the NSA in 2001, Binney was one of several people investigated as part of an inquiry into the 2005 New York Times exposé on the agency’s warrantless eavesdropping program. Binney was cleared of wrongdoing after three interviews with FBI agents beginning in March 2007, but one morning in July 2007, a dozen agents armed with rifles appeared at his house, one of whom entered the bathroom and pointed his gun at Binney, still towelling off from a shower. In that raid, the FBI confiscated a desktop computer, disks, and personal and business records. The NSA revoked his security clearance, forcing him to close a business he ran with former colleagues at a loss of a reported $300,000 in annual income. In 2012, Binney and his co-plaintiffs went to federal court to get the items back. Binney spent more than $7,000 on legal fees.

During interviews on Democracy Now! in April and May 2012 with elaboration in July 2012 at 2600’s hacker conference HOPE and at DEF CON a couple weeks later, Binney repeated estimates that the NSA (particularly its Stellar Wind project) had intercepted 20 trillion communications “transactions” of Americans such as phone calls, emails, and other forms of data (but not including financial data). This includes most of the emails of US citizens. Binney disclosed in an affidavit for Jewel v. NSA that the agency was “purposefully violating the Constitution”. Binney also notes that he found out after retiring that the NSA was pursuing collect-it-all vs. targeted surveillance even before the 9/11 attacks.

Binney was invited as a witness by the NSA commission of the German Bundestag. On July 3, 2014 the Spiegel wrote, he said that the NSA wanted to have information about everything. In Binney’s view this is a totalitarian approach, which had previously been seen only in dictatorships. Binney stated the goal was also to control people. Meanwhile, he said it is possible in principle to survey the whole population, abroad and in the US, which in his view contradicts the United States Constitution. In October 2001, shortly after the 9/11 attacks, the NSA began with its mass surveillance, he said. Therefore, he left the secret service shortly afterwards, after more than 30 years of employment. Binney mentioned that there were about 6000 analysts in the surveillance at NSA already during his tenure. According to him, everything changed after 9/11. The NSA used the attacks as a justification to start indiscriminate data collection. “This was a mistake. But they still do it”, he said. The secret service was saving the data as long as possible: “They do not discard anything. If they have anything they keep it.” Since then, the NSA has been saving collected data indefinitely. Binney said he deplored the NSA’s development of the past few years, to collect data not only on groups who are suspicious for criminal or terrorist activities. “We have moved away from the collection of these data to the collection of data of the 7 billion people on our planet.” Binney said he argued even then, to only pull relevant data from the cables. Access to the data was granted to departments of the government or the IRS.

In August 2014 Binney was among the signatories of an open letter by the group Veteran Intelligence Professionals for Sanity to German chancellor Angela Merkel in which they urged the Chancellor to be suspicious of U.S. intelligence regarding the alleged invasion of Russia in Eastern Ukraine.